Getting Loopy In The Woodshed 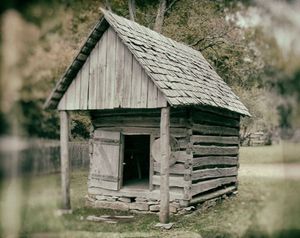 Looks like it's gonna be a long haul with COVID-19. It's a good thing I was somewhat introverted in the first place! Even so, it's definitely getting old, but we are determined to not get infected, so the hunkering down continues. Have I mentioned how I hate that term "hunker down"? I think so.

Regarding "getting loopy"; it refers to what are called Loopers. For those who haven't heard of them, Loopers are devices which instantly play back your guitar riffs so you can overlay them with solos, etc. They may just be the perfect Pandemic Pedal. It's like having an invisible rhythm guitar player who never complains and doesn't show up drunk and/or carrying a virus.

One positive thing about COVID is that I have spent more time than ever practicing (with the exception of The Lost Summer Of 1974. I'll post about that some other time). The guitar crowd calls it "woodshedding"; I'm not sure why. Maybe because it's when I work on my chops.  Whatever the reason, it never feels like work, and I think it is helping me, on many levels.  Loopers, backing tracks, YouTube; all are great practice aids that I use often.

But not sheet music. I've always played by ear. Music theory has never really interested me, though I wish it had. I'm sure it would have been a great asset. I thought the Phrygian Scale was an alien skin disease from an episode of Star Trek.  It's like my brain and my hands have a direct connection, and putting anything in between just confuses things.

When Eddie Van Halen died in October, a lot of news articles said that he didn't know theory either. So even though I'm certainly never gonna be another EVH (not even close!), at least he and I do have something in common.

Now, back to the woodshed!