The Worst Top 20 Of All Time 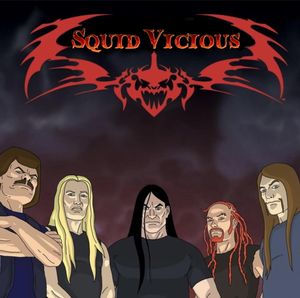 I've never really been in a successful band, though the first one, in high school, was by far the most fun. The fact is, I don't think I was ever meant to be in a band situation. It just seems more comfortable for me to play solo. It's a one-man dictatorship where I get to pick all the songs.  I will admit however, that it is a bit like a high-wire act.  If something goes sideways, it's totally up to me to McGuyver my way through to the end of the song.

But for some inexplicable reason, I have always kept a running list of "imaginary band names" that I invent, as if I'd actually need one. With the slim odds of ever being in another musical group, this habit has probably never made much sense. And since old habits tend to die hard, my list continues to grow. A few of the names are pretty good. Most are just OK. But then... there are the ones that are downright moronic. On purpose. Because the more absurd they are, the more they make me laugh. I guess maybe that's the real reason I keep updating the list.

Here, in no particular order, is my Bottom 20. I won't bother you with the good ones; they're no fun: