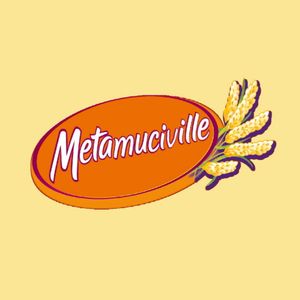 I've butchered the lyrics to quite a few songs over the years, even before there was a Weird Al Yankovich.  And as I had said in a previous post (see Hey Mr Dan Marino, from 18Nov2021), I plan to put some of them here on my website from time to time.  My favorite songs to parody are the ones that, as I call them, are "retreads".  Because, as great as many of those classic tunes are, they get played entirely too often by musical entertainers; at least around here they do.  Especially the TropRock stuff.

One in particular, Jimmy Buffet's biggest hit, was so much fun and so popular that it has unfortunately been covered more than any other; more than Mustang Sally, Brown-Eyed Girl or even Sweet Caroline!

So, as far as I was concerned, it was fair game.  Time for a Parrot-Head Parody.

Metamuciville (Sung to the lyrics of "Margaritaville", by Jimmy Buffett)

Wastin' away again in Metamuciville
Searchin' for the lost key to my car
So freakin' lame, I guess my age is to blame
I give up; I'll just hang at the bar

Wastin' away again in Metamuciville
Found my keys, but where is my car?
So freakin' lame I guess my age is to blame
What the hell.  Let's go back to the bar

Paisley shirts and checkered pants
Strikin' out at the Seniors Dance
Charge up the scooter so I can get home
Sick of watchin' the TV, so I
Booked a flight to Tahiti
Got lost in the airport, wound up in Rome

Wastin' away again in Metamuciville
Can't find my car (or was it a truck?)
So freakin' lame I guess my age is to blame
Gettin' old, man does it suck

Yes and, ain't it a shame, I guess my age is to blame
Gettin' old; oh boy does it suck.