Parody By The Pint 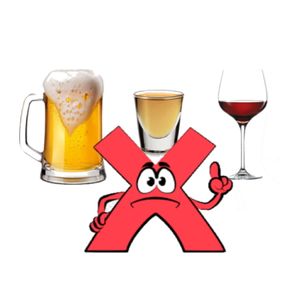 I couldn't resist making fun of this one. The world's most overplayed cover song; Sweet Caroline.  from cruise ships to poolside bars to Boston Red Sox games to Over-55 retirement communities everywhere.  How many times have I played it?  Thankfully, zero.  But maybe someday I'll play the version at the end of this post...  Nah.

We all know that binge drinking is always a bad idea.  Almost as dumb: Inviting Sam Adams, Jack Daniels and EJ Gallo to your stomach party.  So let this parody song be a lesson!

Beer, Shots And Wine (sung to the tune of Sweet Caroline by Neil Diamond)

Too many beers
Down at the tailgate party
What is this pounding in my head?
Out goes the keg
Someone says "Dude, no worries!",
Hands me a rum and coke instead

Drunk
Sloppy drunk
Passin' out
Wakin' up
In your pool

Beer, shots and wine
All at once just ain't no good
I lost my mind
Shoulda known I never could
But here comes...

Three shots of Jack
Chase 'em with Pabst Blue Ribbon
How bout a watermelon Shnapps?
Some joker says
"Break out the jello shooters"
That's when the wheels came flyin' off

Drunk
Stinkin' drunk
Blackin' out
Throwin' up
On your shoes

Beer, shots and wine
All at once just ain't no good
I lost my mind
Shoulda known I never could

Beer, shots and wine
All at once just ain't no good
I lost my mind
Now I know I never should