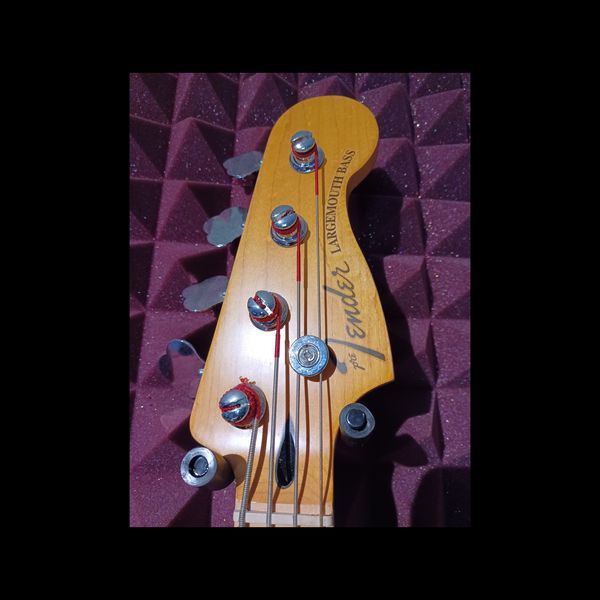 In 2015, I tried adjusting the neck relief on my Squier Precision Bass but I forgot to loosen the strings first.  SNAP went the truss rod.

I ordered a replacement neck from Warmoth, a vendor of bolt-on necks and other parts.  My new neck arrived in fine shape, but it had no logo.   Using a sheet of ink-jet decal material and some clear polyurethane lacquer, I made my own.  I decided not to try and fake a Fender logo, though I was tempted.  Besides, I was in a silly mood at the time, so I designed an obvious counterfeit.

The photo shows the headstock with the new logo.  I made the logo look almost exactly like the Fender logo, but if you look a little closer, you can see the letters "pre" followed by the word Tender (with a stylized "T" instead of the standard Fender "F").  Because after all, it's not a Fender; it's a preTender.

Fender has their Precision Bass model.  I've named mine the Largemouth Bass.