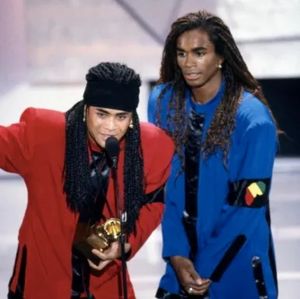 When I started out in 2014, I quickly found out that a lot of my preconceptions about performing were wrong.  One of them was my fear of using backing tracks.

More than once, I had heard other musicians use words like 'illegitimate', 'cheating', even the dreaded word 'guitarioke' when talking about the use of backing tracks.  I can see why they might say such things.  I mean, I actually did see a guy in a cruise-ship pub faking the Sultans Of Swing guitar solos.  With a MIDI track, no less.  Not even a real guitar sound.  So yes, cheating does happen.  And I didn't want to look like a cheater.  That unneccesary worry nearly prevented me from going forward.

Being in a band was out of the question.  Too many variables.  As a single player,  there's no down time if another bandmenber quits and we miss a dozen gigs or more while a replacement learns 100+ songs.  I also like being able to pick all the covers in my setlist.  It's a one-man dictatorship.  Selfish maybe, but way easier.  Nobody (except maybe me) makes mistakes, breaks a string, or goes off-key.  No 200 pound monolithic amp cabinets, hydra-esque PA cable snakes or 72 piece drum kits.  No 'audio escalation syndrome', where each player slowly ratchets up their volume to overcome the others until the sound is just a loud swirl of audio mush.

And the biggest plus, by far:  Solo gigs are almost always either restaurant or poolside affairs, and therefore rarely end late at night.  So, you'll never see me eating pancakes and rubber sausage in a Denny's at 3AM.  Thank God for that!

But as a lead electric guitarist, I had to face the simple truth that even though I'd be going solo, I'd still have to have, as a minimum, drums and bass on many of my cover songs.  I can't just strum an acoustic guitar and/or do 7 layers of loops all night.  Therefore, I was not going to get around it.  I needed backing tracks (BTs) or it wasn't going to work.  I was really struggling with the idea.

My wife has always had faith in me, and she was working hard to convince me to go through with it.  As I tried to get over my hangup and move forward as a solo entertainer, I read countless message boards about the pluses and minuses of using BTs.  If you're still reading this then you already know the plus side of the solo vs band argument.  On the minus side: "Using tracks makes your sound too sterile", some people wrote.  "It's a crutch", said others.  Or, "It's boring when there's no front man (sorry, front person!), or a drummer twirling a stick between cymbal crashes".  Some people used terms like bogus, fake, and Milli-Vanilli.

There's merit to some of that criticism and it wasn't doing me much good.

But then I read a post on a message board which made everything crystal clear.  The poster wrote "You're all missing the point.  It doesn't matter if you're juggling chainsaws, performing magic tricks, doing standup, playing in a 7-piece jazz band, or (in my case) doing a guitar solo with a backing track behind you. All that matters is whether you are entertaining the crowd.  So if they like what you're doing, and they're having a great time, then you are definitely doing your job".

That single posting (and a very supportive wife) is why I finally decided to go for it.  I'm sure glad I did.